Why run software you didn’t build?

A lot of modern cloud technology leverages containers. However, a non-trivial portion of enterprise applications don’t run easily in containers. The answer to this conundrum lies in taking a step back and asking a more fundamental question.

Many modern cloud platforms, such as Google’s Cloud Services Platform, utilize containers as the core mechanism for consistent deployment and operation of applications and services. When discussing container technology with traditional IT organizations, one response that I frequently hear is: “many of my enterprise applications, especially commercial off-the-shelf software, don’t run in containers, or at least not without the vendor’s support.” Fair point! The answer to this conundrum, interestingly, lies in taking a step back and asking a more fundamental question.

Enterprise IT = Running someone else’s software

It has also led to a state where IT is quite overloaded with all those applications. 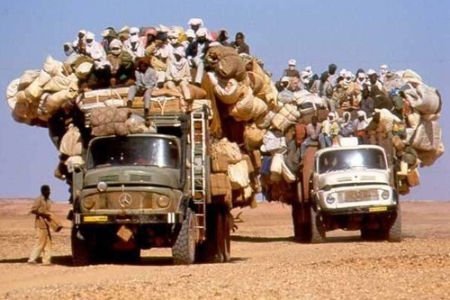 If your IT looks a little bit like this, it’s time to slim down.

Running other people’s software is actually a bad deal!

Come to think of it, running others’ software is actually a pretty bad deal:

Yup, running software you didn’t build isn’t actually all that great. It’s amazing how enterprise IT has gotten so used to this model that many don’t even question it.

SaaS - Software as a Service

Luckily the world of cloud has brought us new options. Software-as-a-service (SaaS) makes the vendor run the applications for you; and apply patches; and upgrades; and scale; and replace faulty hardware. Now that sounds a lot better!

Interestingly Salesforce was really the first one to lead us that route around 2005, but is by far no longer the only company following this model: you can handle all your communications and documents in the cloud thanks to Google G Suite (which started 2006 as “Google Apps for Your Domain”), HR and performance management with SAP SuccessFactors, ERP with SAP Cloud ERP, service management with ServiceNow, and integrate it all with Mulesoft CloudHub (note: these are just examples; I have no affiliation with these companies and Google pays me regardless of whether I mention G Suite or not :-) ).

Naturally, enterprise IT tends to have a long list of “buts”, so let’s look at some of these. The goal isn’t to dismiss these points, but to see what has changed to make them a lesser (or no) concern:

What about the software you do build?

Naturally, there’s going to be some software that you do want to build, for example because it provides a competitive advantage. For that software, delivery velocity, availability, and scalability are key criteria. Luckily, cloud isn’t just about infrastructure: it delivers here in form of Platform-as-a-Service that combines integrated CI/CD pipelines and container orchestration with Kubernetes or a fully-managed setup like Google Kubernetes Engine.

Not all your on premise software will disappear tomorrow. But strategy is a direction, not current reality. I am convinced that not running software you didn’t build has become a viable IT strategy that’ll help you slim down your IT!